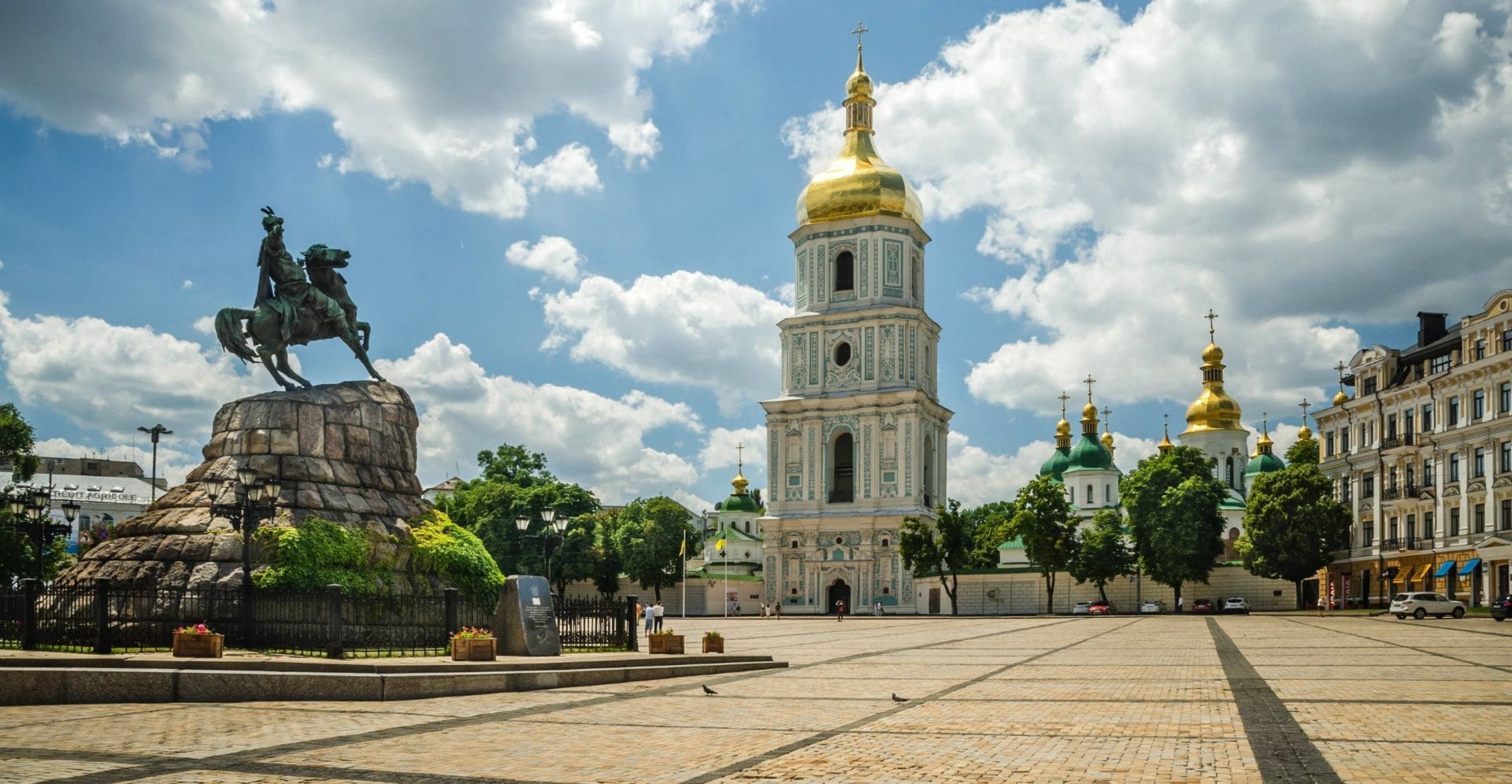 Peculiarities of the enforcement system during the invasion of Ukraine

A report direct from our Partner based in Kiev - Ivan Zhabotynskyi Lawyer and private bailiff.

After Russia's military invasion of Ukraine on 24 February 2022, all spheres of life collapsed. The enforcement system was no exception. Fearing unwarranted tampering with databases, in the early days of the war, the Ukrainian Ministry of Justice disconnected bailiffs from all electronic databases.

State bailiffs received access to the electronic databases in April 2022. In June 2022, the Ministry of Justice started the process of connecting private bailiffs. At the beginning of October 2022, 85% (236 out of 279) of the private bailiffs had already returned to work.

Naturally, the enforcement process has also changed no surprise there. Several measures have been introduced for the duration of martial law, however, the most significant among them being the following:

• deductions from the wages, pensions and other income of debtors have ceased

• debtors have unblocked bank cards for debts of up to 100,000 hryvnias (approximately 2,800 Euros

In general, it can be said that the enforcement system in most parts of Ukraine is functioning normally. In the regions occupied by the Russian Federation or where there are active combat actions, unfortunately, it is impossible to enforce the decisions.

The partner of European Collection and Enforcement Network CONNEXX - Ivan Zhabotynskyi can assist with the enforcement of a foreign decision in Ukraine. His office is in Kyiv. 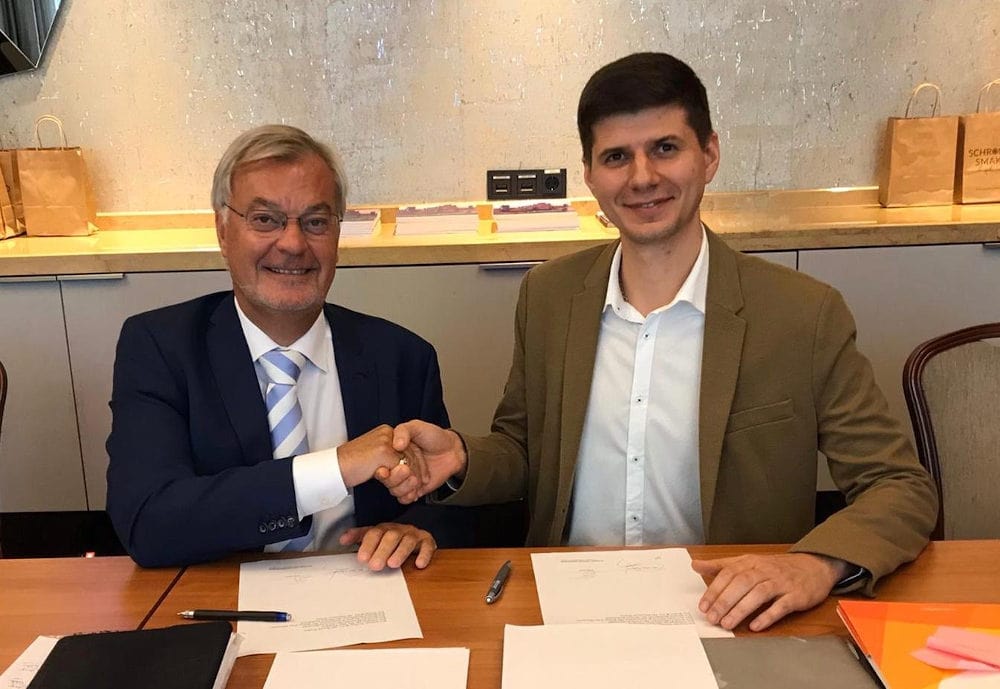 Warsaw, is vibrant, clean, and a safe city to visit. Our 18th General Assembly was well attended with many agenda items to discuss. The assembly was organised and arranged by our Polish partners Leszek Czarny and Wojciech Budny who are two of the partners in the law firm of Kancelaria Radców Prawnych who provide legal and debt collection services in English, Russian, Spanish, and of course Polish.

The General Assembly was over a two day period and held on September 19 – 20th 2019. One of the Highlights of the conference was the addition of our new partner Ivan Zhabotynskyі who, is a private enforcement officer with offices based in Kyiv Ukraine.  Ivan gave an excellent presentation to the members regarding his length of office, and the functions of civil debt enforcement that he is able to provide.

It is very exciting for Ivan, being relatively new to the enforcement sector, as the Ukrainian government has recently decided to modernise enforcement throughout the country. Geographically is Ukraine is a large country to cover, however Ivan has relationships with other Judicial Officers in the more remote parts of the country. So any files sent to Ivan will always have his special attention.

Following his presentation it was unanimously decided to admit Ivan as a full member. In the photo Ivan on the right has just signed the official documents of membership, with our President Alex Dockers.

Again this is very exciting for the Connexx Network as we branch out to eastern Europe. Many have asked is Ukraine in Europe or is it part of Russia? “Ukraine is a priority partner
within the Eastern Partnership and the European Neighbourhood Policy (ENP). ... The economic part of the Ukraine–European Union Association Agreement was signed on 27 June 2014 by the new President, Petro Poroshenko”.

The EU is seeking an increasingly close relationship with Ukraine, going beyond co-operation, to gradual economic integration and deepening of political co-operation. Link.

So I hope that is now clear. If you would like to find out more about the services of our new Ukrainian Partner please look up the country in the top tool bar of this website. Our next meeting will be held in the ancient and capital city of Athens Greece.

Connexx meets in Warsaw and appoints a new Board of Directors

What started as an idea, a concept in 2012 by Alex Dockers, became a reality. Alex, as a Judicial Officer based in Belgium, believed that there was an information gap in how other countries enforced judicial titles and how they undertook debt collection.

The other question was how to form a network where English is the second language and how to cooperate with other countries on the same level? These were the burning questions.

In South Africa the same year, the Union International Huisseir de Justice was holding its congress meeting. Alex made contact with like-minded Judicial Officers, and Martin Leyshon and David Walker, who were representing England, Wales, and Scotland, were invited to join in discussions.

Agreements were made, and the rest they say is history. Connexx now has a network of 18 partners in different countries throughout Europe.

At our last Connexx General Assembly in Warsaw, Poland, several changes were made, of which we would like to share with you, and new countries joined our network.

Alex Dockers stood down as the president after seven years of given the network much-needed direction, guidance, enthusiasm, and commitment. Alex, we thank you for everything you have done for our network, and even though you will now become a backbencher, we are sure that your contributions will continue to be invaluable.

We also would like to thank Adrian Bayh, who has also stood down from the board for his contribution over the years.

Martin Leyshon also stood down as the Vice President. Martin, however, remains on the board as its technical director. Martin said, "I am looking forward to working with our new president Damir Site and other new members of the board". "The challenge is to take the network to the next level now that the foundations are firmly in place".

To check out the new president and the board profiles, please see members of the board.

New additions – We welcome Morgan Matile from Switzerland and Geoffrey Galle from Luxemburg to the board.

Over the last three years, Connexx has welcomed new partners from:

We wish to put on record our sincere thanks to our Partners in Poland for organizing our General Assembly and making it a great success. Sylvia, in particular, met everyone's expectations. Thank you once more.

Speaking of Greece its' the destination for our next Connexx meeting to which I'm sure all members are looking forward to attending. 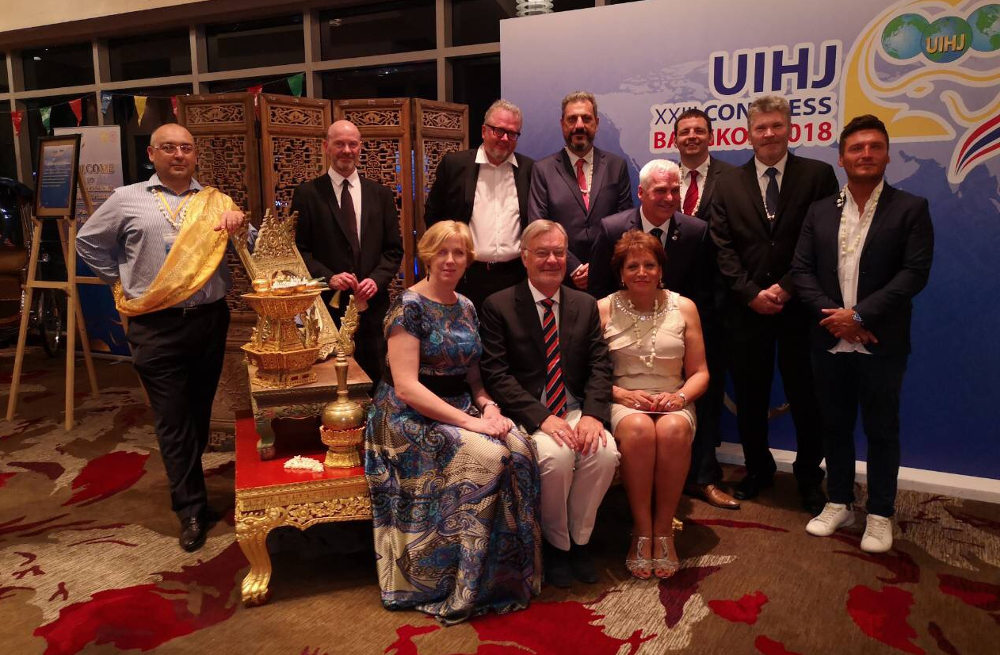 A number of Connexx members attend the Congress of world Judicial Officers in Bangkok Thailand. Over 92 Countries were in attendance, discussing all things legal, judicial, and enforceable.

A number of the Connexx Members including had the privedge of speaking at the conference:

Connexx is pleased to announce that its members will participate at an International conference on collecting outstanding cross-border debts in commercial transactions in Europe that will take place in Belgrade on March 23, 2018.

The Conference is organized by the Serbian Chamber of Judicial Officers and the Belgrade State University Faculty of Law.

The Belgrade International Enforcement Conference 2018 is aimed at addressing the topic - of how Serbian business can enforce their matured outstanding debts in various European jurisdictions.

Following the welcoming remarks by the organizers and a lecture given by Nikola Bodiroga PhD, Belgrade Law Faculty professor on the topic of Cross-border enforcement in Europe, Connexx members are invited to take an active part in an open discussion and a special Q&A session.

During the open discussion session, representatives of the Serbian business community will have a chance to enquire from Connexx members how to enforce their claims throughout Europe based on their experience in cross-border enforcement in Europe. 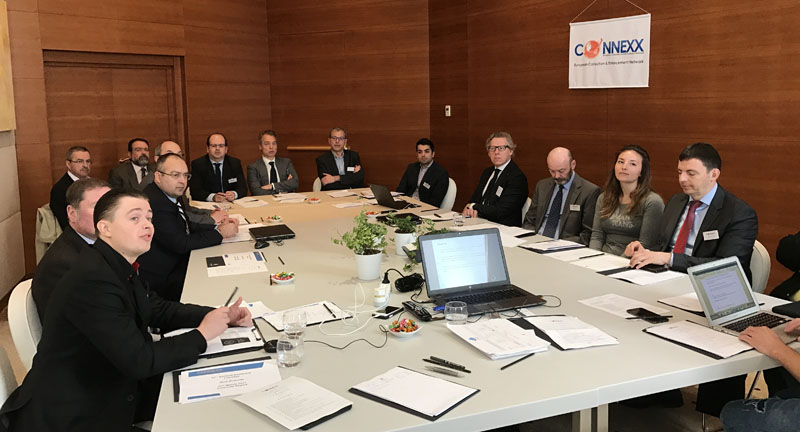 Our Network were pleased with the presence and accession of our new partner from Lithuania, ( you can find out more information regarding their enforcement procedures on our website). Connexx is pleased to announce that we are growing strongly throughout Eastern Europe.

With the presence of almost all members, the importance of the Network and the mutual cooperation was once again emphasised. During the afternoon, Board members of Connexx gave four presentations to around 50 Huissiers de Justice (Judicial Officers of France) who were representing Leximpact, the French Network. 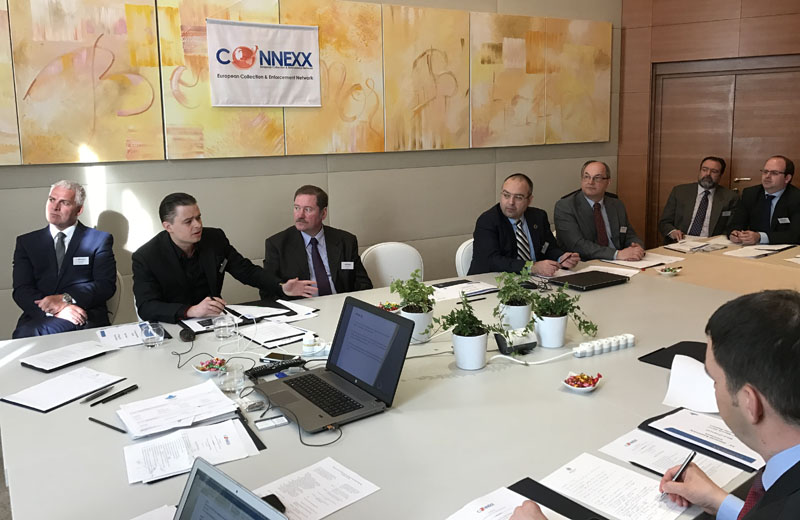 The presentations explained the different collection and enforcement procedures in the following countries:

With the opening presentation, given by Alex Dockers our President, emphasizing the culture and expectations of Connexx.

We are seeing a strong increase in the number of cross-border debt recovery instructions throughout the network, which is very pleasing, again re-enforceing the need for collection and enforcement solutions.

Connexx is the mechanism by which a partner can provide an invaluable service to its client/partners within its own country for foreign claims.

On October 17, 2014 held at the Conference room of Clydesdale Bank Head Office in Glasgow, European Collections and Enforcement Network Connexx held its 8th General Assembly meeting. The President Alex Dockers welcomed the Network’s members.  Mr. Todor Lukov, enforcement officer of the Plovdiv District Court judicial area, the Republic of Bulgaria, participated in the work of the 8th General Assembly in the capacity of an observer. Officer Lukov informed the General assembly participants both on the Bulgarian system of civil enforcement, and the work of his organisation “Lukov & Gorchev” Enforcement Officers Partnership, in which he is one of the founding partners.

The participants of the 8th Connexx General Assembly (GA) dealt with issues related to the Network’s regular ongoing affairs, and to current problems in France, having in mind the recent Paris protest of the Republic’s huissiers. We also heard from the experiences of our Spanish delegates, who joined Connexx on its previous GA meeting in Tallinn, the Republic of Estonia.

On the events of the Glasgow General Assembly meeting, our hosts, Walker Love a firm of Scottish Messenger-at-Arms and Sheriff Officers, organised an Evening of Scottish Hospitality, on which traditional dishes were served with the amazing sounds of local folk music and culture. During the Evening of Scottish Hospitality the GA participants had the opportunity to meet with a number of lawyers, legal counselors, and other professionals from the Glasgow region.

May we also offer our sincere thanks to David Walker, for organising such a splendid event.